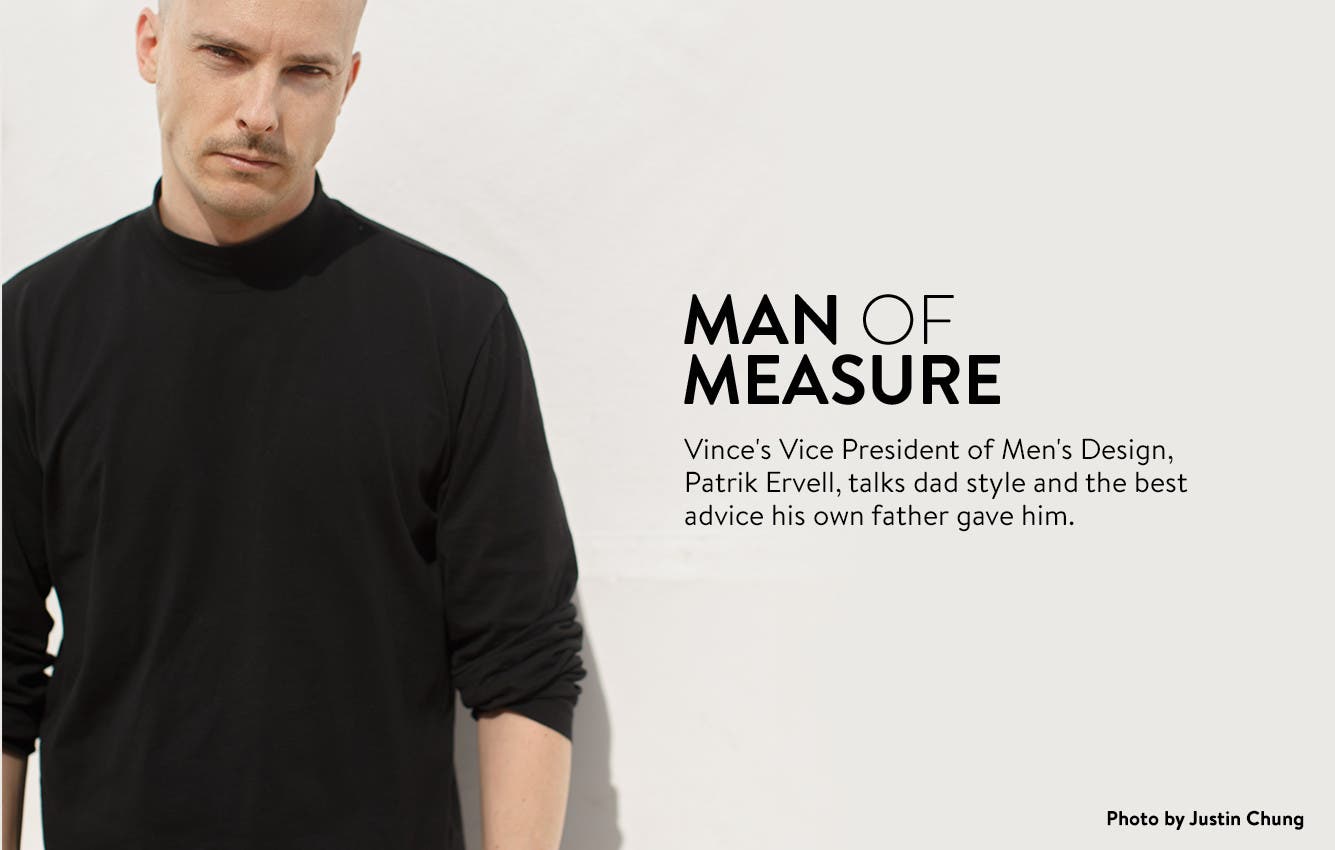 Long before trad fashion was trendy, designer Patrik Ervell tended to the essential. "I think dad style or normcore style can feel authentic and, in a way, completely timeless," he says about the fads that favor comfort and functionality, ideas he's circled since his fashion career began almost two decades ago. "A classic dad look would feel current today or really any time in the last 50 years."

His own dad bestowed on him the advice of "Everything in moderation," which Ervell takes to the design studio. "He's Swedish, and it feels like very Swedish advice," he says.  As the Vice President of Men's Design at Vince—and at his independent label—Ervell challenges men to dress well, be themselves and be comfortable, all while paying attention to the details.

In 2006, he was one of the first designers to have a capsule collection at Opening Ceremony, earning him instant street cred. In 2007, he won the Ecco Domani Award for Menswear for his one-year-old namesake label. Ervell was then nominated for Council of Fashion Designers of America Awards every year from 2008 through 2012—the establishment clearly embraced him as well. 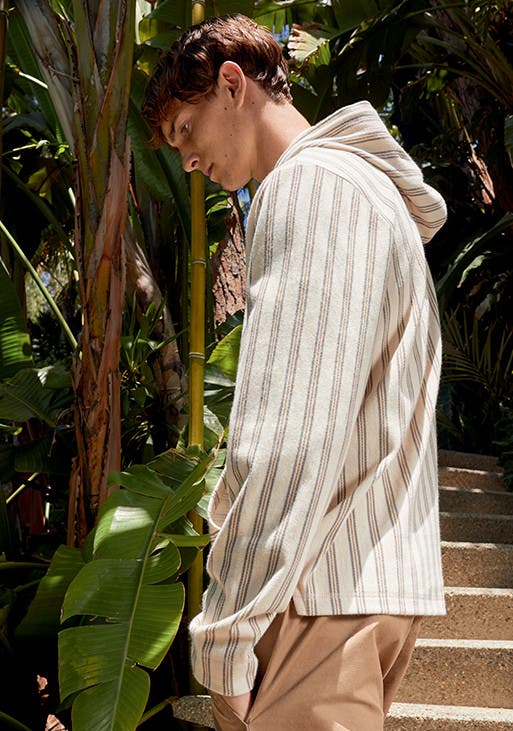 In October 2017, Ervell joined Vince, the Los Angeles-based, elevated-casual label known for its neutral palettes and contemporary tailoring. The move was a bit of a homecoming for him. He was born in San Francisco, grew up in the area and graduated from UC Berkeley. (Famously, he was at Berkeley at the same time as Opening Ceremony's Carol Lim and Humberto Leon and Rodarte's Mulleavy sisters.)

While an independent designer for his own label (which he's put on ice since joining Vince), Ervell crafted practical, minimalist menswear pieces that on closer inspection possessed exquisite details like shirt pleats lined in satin ribbon, fleeces featuring gold-foil trim and hand-painted silk bombers. Reviewing the designer's second collection in 2006, Tim Blanks called it "a feast of small, perfect detailing, something that is already emerging as this young designer's signature."

Ervell brought to Vince his impeccable eye and instinct for what men actually need in their closets. "It's less about fashion and trend and more about the quality of the garment and fabrications and the integrity of the brand," he says. "Our guy is someone who appreciates that."

Ervell himself is laconic and has a pared-back sensibility. He tends to favor a dark palette and essential pieces. Asked what item he most often reaches for, he replies, "A pair of our Slater chinos in navy. I wear them every day."

And an extra styling tip that he'd bestow to men everywhere: "Don't be afraid of showing some sock." 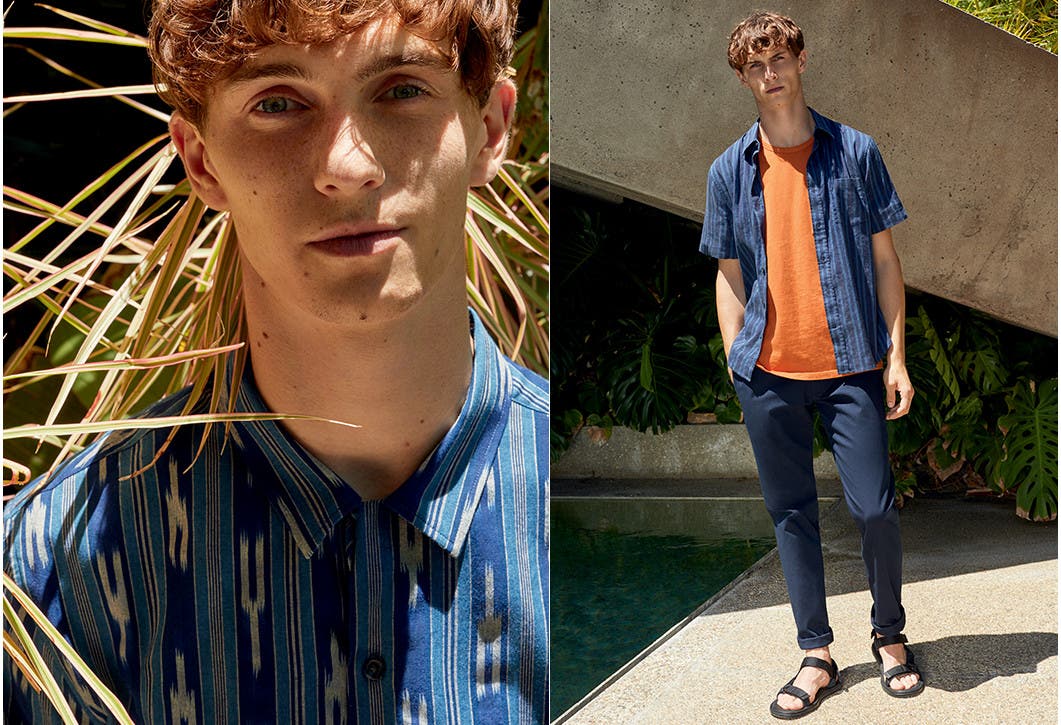